Energise Sussex Coast, in partnership with Brighton Energy Co-op, has seen the completion of their largest project to date.

Almost 1,000 solar panels have now been attached to the frame on the Ore Valley campus roof, a 250 kWp project featuring SolarEdge Technologies Inc at the college got the opportunity to see the installation in progress, joining the Genfit team on the college roof.

As well as cutting its carbon emissions, the college will save thousands on their electricity bill.

Energise Sussex Coast organised a lively and uplifting event for local supporters to come along and hear more about how they can invest in Hastings’ first Community Energy Project. The guests heard from a range of speakers from Energise Sussex Coast, Brighton Energy Co-operative and the Climate Emergency movement. 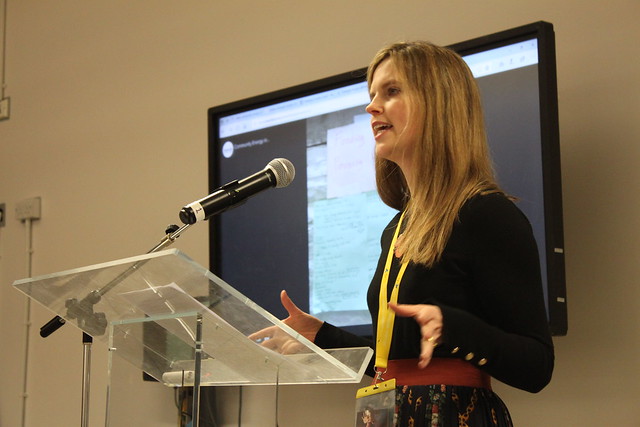 Energise Sussex Coast has joined the call from the community energy sector in expressing dismay at the proposed end of the Feed In Tariff and Export Tariff, scheduled for March 2019 and asking for action to stop it.

Energise Sussex Coast are asking people to write to their MP and ask for them to do something about this threat to solar PV.

Here is a Copy of Energise Sussex Coast’s letter:

We are writing to bring to your attention recent policy changes from the UK government which will effectively halt the installation of new small-scale renewable generation causing loss of jobs and investments and limiting our ability as a country to meet our carbon targets.

We ask that you urgently raise this issue with Greg Clark, Secretary of State for the Department for Business, Energy and Industrial Strategy, to ask him to continue to pay an export tariff which will provide remuneration for energy supplied by small-scale generators. We were encouraged to see Claire Perry confirm in the House of Commons that exported electricity “should not be provided to the grid for free”, but it is vital that this assurance is carried through.

You may already be aware of similar campaigns by the Solar Trade Association, 10:10 and Community Energy England – we fully support these campaigns.

The Feed-in Tariff has been a hugely successful government scheme to provide financial incentive and support to small-scale generation. It has helped nearly one million homeowners, small businesses, schools and hospitals to own their own energy and embrace the transition to a low-carbon future. For community energy groups, this scheme has been invaluable – it has allowed us to flourish and grow, engaging with more of our local community to reduce energy spend and fuel poverty.

The government announced major reductions to the tariffs in 2015, as well as a plan to close part of the scheme. The effect of this was immediate – installations fell from over 20,000 a month to just a few thousand and have continued to decline since. The loss of jobs has also been just as dramatic with a 32% loss in the solar industry from 2015-2016. To add insult to injury, the government has now also announced that they will close the export tariff element of the scheme – this pays generators for any power they export to the grid. Not providing this remuneration will result in any new installations after March 2019 providing their energy to the grid for free, becoming the only participants in the energy system that are not paid for the energy they produce.

As well as bringing jobs and investment to both the national and local economies, small-scale generation delivers multiple benefits to the energy system which result in reduced infrastructure costs – savings that will be passed onto the consumer.

This Autumn we’ve announced our first community energy investment offer in Hastings. Energise Sussex Coast, in partnership with Brighton Energy Coop, are raising £180,000 through community shares to fund 250 kilowatts of solar panels (roughly 1066 panels as it happens) on East Sussex College. The college will save roughly £4250 per year on its energy bills.

Putting energy generation into the hands of individuals, small businesses and communities triggers a shift in attitudes towards energy and the environment – BEIS’ own survey shows 80% public support for renewables. Understanding where power comes from and having a vested interest in its worth, gives individuals and communities a sense of ownership. It prompts concerns about energy efficiency and security of supply and, above all, it engages people directly in the fight against climate change.

By closing government support for these schemes and not even providing fair payment for energy generated, the message to individuals, to investors and to communities is that their contribution is not valued. It leaves them facing the question of whether their years tirelessly working, often voluntarily, to raise community and financial support, have been worth it.

We understand that the need to reduce energy bills and that the closure of the generation tariff will reduce these costs. However, paying small-scale generators a fair price, an export tariff, puts no extra cost onto consumer bills. Without it, individuals, hospitals, communities and small businesses would be handing electricity to energy companies for free. If large, international companies are paid a fair price, why should British households and businesses not be given the same?

We think the Secretary of State will make a decision by Christmas. We ask therefore that you raise these issues urgently with Greg Clark in the House, by letter or in person, asking him to keep the export tariff and protect the small-scale renewables industry.

Energise Sussex Coast and East Sussex College are delighted to invite all supporters of the 1066 Local Energy campaign to the launch of the 1066 community energy offer.

This is the first community energy share offer in Hastings and we are seeking to raise £180,000 to fund the largest roof top solar installation in the 1066 area. The share offer is open to anyone but we are especially keen to invite as many local residents, local businesses and community organisations as possible to invest in the future of the college and Hastings.

The money raised will enable 250 kilowatts of solar panels to be installed on the East Sussex College Ore campus site (which is almost exactly 1066 solar panels!). The college will save roughly £4250 per year on its energy bills.
With the transformation of the energy market underway we hope that excess power generated during weekends and holiday periods can be sold to local residents in the Ore Valley at affordable prices.

By investing in 1066 Local Energy Shares you are supporting the transition to low carbon energy and a fairer energy future and will receive a reasonable 5% return on your investment.

We hope that you will join us and find out more about the 1066 Local Energy Shares and hear about the transformative potential of community energy.
Please RSVP to kate@energisesussexcoast.co.uk by December 10th.

Suppliers have been independently checked on:

The trusted supplier relationship also means that you can access a no hassle, top quality installation at the best possible price.

You can download the form here or email kate@energisesussexcoast.co.uk for details.

Energise Sussex Coast is looking for local residents to take part in the ENERGISE Living Lab research project. Participants will join thousands of other citizens across the UK to be supported to cut the amount of energy they use in the home. END_OF_DOCUMENT_TOKEN_TO_BE_REPLACED

Would you like to learn more about renewable energy? How it works and how communities can use it to improve the local economy? END_OF_DOCUMENT_TOKEN_TO_BE_REPLACED

The 1066 Local Energy Campaign is delighted to announce its partnership with the Brighton Energy Coop (BEC). BEC will be the delivery partner for our community solar energy installation projects for large roofs (600m2 +). END_OF_DOCUMENT_TOKEN_TO_BE_REPLACED

Read the latest from the 1066 Local Energy campaign by reading November’s newsletter here.

END_OF_DOCUMENT_TOKEN_TO_BE_REPLACED

The most important aspect of our 1066 Local Energy campaign is local community support and participation. We have been working hard to develop and commission educative and creative elements to the campaign, to engage and inspire people to get involved.